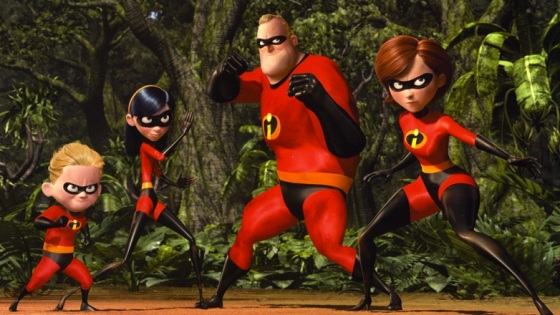 Bob Iger, Chairman and CEO of the Walt Disney Company, announced this morning that Pixar has included Cars 3 and The Incredibles 2 to its roster of upcoming films in development. This announcement was made during the company’s shareholders meeting in Portland, Oregon, while providing more details about the productions. No release schedule has been confirmed, but details about the projects can be found after the jump.

It is confirmed that Brad Bird, the director of The Incredibles, is penning The Incredibles 2; there is no word if he will direct. Bird is currently helming Disney’s Tomorrowland, starring George Clooney in theaters May 22, 2015.

The Incredibles 2 has to be one of the most eagerly awaited sequels from Pixar since the first film debuted in 2004. (The Incredibles is what made me fall in love with animation as an adult.) On the flipside, I’m not exactly sure who asked for Cars 3 other than John Lasseter and those under the age of five, but Cars 2 is the second worst earner for Pixar above A Bug’s Life, only making $191 million in the U.S. At least a Brave has not been discussed – the dad would probably be turned into a goat or something similar.

The prequel to Monsters Inc., Monsters University released last year and is studio’s fourth best performing film in the U.S. earning $268 million and $743 million worldwide. Despite the bomb with Cars 2, Pixar was still able to capitalize through merchandising efforts and Cars Land at Disneyland.

Disney also recently made mention that The Incredibles and Ratatouille will find their way back into theaters with a 3D re-release in the near future.

No release date has been announced for The Incredibles 2 or Cars 3, but Pixar fans can look forward to The Good Dinosaur and Inside Out in 2015, and Finding Dory in 2016.