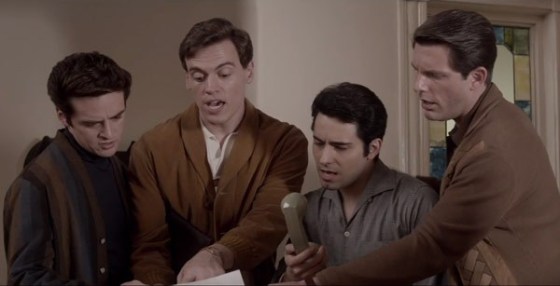 Blink and you missed it, Clint Eastwood made his musical debut in theaters this summer with the big screen adaptation of The Jersey Boys. Frankie Vallie and the Four Seasons will be making their way on to home video Blu-ray and DVD this November 11. Discover what will be included as far as special features go after the break.

The critically acclaimed musical has made a big impact on Broadway, but the same could not be said about its box office numbers at the cinemas this summer. Although not quite the success one could have expected, perhaps it will find better life on shelves for people to discover. 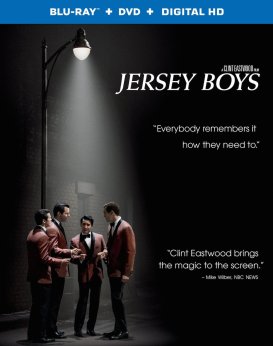 Here is official plot synopsis for The Jersey Boys courtesy of Warner Bros:

Jersey Boys tells the story of four young men from the wrong side of the tracks in New Jersey who came together to form the iconic 1960s rock group The Four Seasons. The story of their trials and triumphs are accompanied by the songs that influenced a generation, including “Sherry,” “Big Girls Don’t Cry,” “Walk Like a Man,” “Dawn,” “Rag Doll,” “Bye Bye Baby,” “Who Loves You,” and many more.

These classic hits are now being embraced by a new generation of fans through the stage musical, which has been running on Broadway for more than eight years and has also enjoyed successful tours around the globe.