We’ve made it to the second installment of Coming Soon to Blu-ray and DVD. While we help provide you with a list of releases every Tuesday that are Now Available to Own, Coming Soon looks at all of the pre-order announcements soon to be out in the next few months. For the week of November 29, 2014, Gone Girl, Porco Rosso, Pom Poko, and more will soon be in ones grasp to own. Learn their release dates and what special features they will be packing after the break. 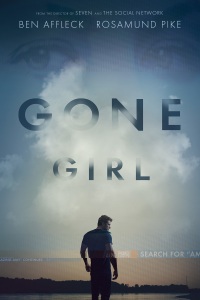 Synopsis: Based upon the global bestseller by Gillian Flynn, Gone Girl unearths the secrets at the heart of a modern marriage. On the occasion of his fifth wedding anniversary, Nick Dunne reports that his beautiful wife, Amy, has gone missing. Under pressure from the police and a growing media frenzy, Nick’s portrait of a blissful union begins to crumble. Soon his lies, deceits and strange behavior have everyone asking the same dark question: Did Nick Dunne kill his wife? 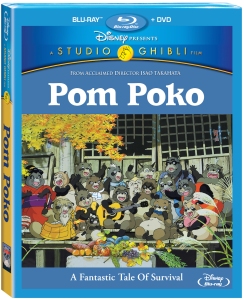 Synopsis: Studio Ghibli presents a film about the clash between modern civilization and the natural world from acclaimed director Isao Takahata. The raccoons of the Tama Hills are being forced from their homes by the rapid development of houses and shopping malls. As it becomes harder to find food and shelter, they decide to band together and fight back. The raccoons practice and perfect the ancient art of transformation until they are even able to appear as humans. In often hilarious ways, the raccoons use their powers to try to scare off the advance of civilization. But will it be enough? Or will the raccoons learn how to live in balance with the modern world?

Directed by Isao Takahata (Grave of the Fireflies; The Tale of the Princess Kaguya), Pom Poko stars Clancy Brown as Gonta, J.K. Simmons as Seizaemon, Jonathan Taylor Thomas as Shokichi, John DiMaggio as Ryûtarô, and Olivia d’Abo as Koharu. This film hits Blu-ray for the first time on February 3, 2015. 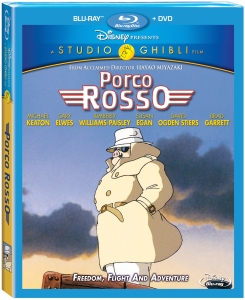 Synopsis: Take flight with “Porco Rosso,” a valiant World War I flying ace! From tropical Adriatic settings to dazzling aerial maneuvers, this action-adventure from world-renowned animator Hayao Miyazaki is full of humor, courage and chivalry. When “Porco”—whose face has been trans- formed into that of a pig by a mysterious spell—infuriates a band of sky pirates with his aerial heroics, the pirates hire Curtis, a rival pilot, to get rid of him. On the ground, the two pilots compete for the affections of the beautiful Gina. But it’s in the air where the true battles are waged. Will our hero be victorious? 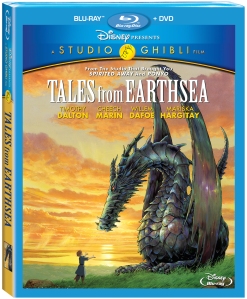 Synopsis: An epic animated adventure directed by Goro Miyazaki, “Tales From Earthsea” features the voices of Timothy Dalton, Willem Dafoe, Cheech Marin and Mariska Hargitay. Based on the classic “Earthsea” fantasy book series by Ursula K. Le Guin, “Tales From Earthsea” is set in a mythical world filled with magic and bewitchment. In the land of Earthsea, crops are dwindling, dragons have reappeared and humanity is giving way to chaos. Journey with Lord Archmage Sparrowhawk, a master wizard, and Arren, a troubled young prince, on a tale of redemption and self-discovery as they search for the force behind the mysterious imbalance that threatens to destroy their world.

Directed by Goro Miyazaki (From Up on Poppy Hill), Tales from Earthsea stars Mariska Hargitay as Tenar, Willem Dafoe as Cob, Timothy Dalton as Ged, Cheech Marin as Hare. This film hits Blu-ray for the first time on February 3, 2015. 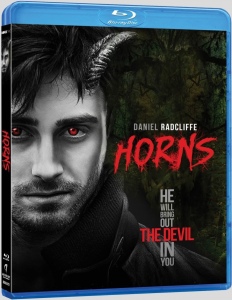 Synopsis: Based on Joe Hill’s novel. Blamed for the brutal murder of his longtime girlfriend, a small-town guy awakens one morning to find a pair of horns growing from his head.

Stay tuned for more Blu-Ray and DVD announcements every Saturday.