After an exhaustive year with video game developer/publisher Konami, Hideo Kojima, the Japanese designer, writer, director, producer, and genius mastermind behind the critically acclaimed tactical espionage action series Metal Gear, has finally found solace with the creation of a “new” independent game studio, Kojima Productions. The second chapter of the respected developer has begun and with it comes a fresh franchise and partnership with Sony that fans all over the world will be on high alert for.

In the official video announcement above, Sony Computer Entertainment President Andrew House confirms Kojima’s involvement with a PlayStation 4 exclusive title through the reborn Kojima Productions. Kojima-san looks more than ecstatic than ever to begin his next journey of his career now that his relationship with Konami is at an end:

“I’m happy to let you know that I have established my own independent studio today. And I’m excited to tell you that the first title from this new studio is a collaboration with PlayStation. I’m thrilled to embark on creating a new franchise with PlayStation that will give you all a new and innovative gaming experience, so please stay tuned”

The good thing is that Kojima will be able to work with his independent company and while flexing his creative muscles on something he has told IGN would be “slightly more edgy” than what we’ve been accustom to. Kojima will be joined by former Metal Gear Solid artist Yoji Shinkawa and producer Kenichiro Imaizumi, who will both take on senior positions supervising art design and production, respectively.

KOJIMA PRODUCTIONS announced today that it has officially opened its doors. Lead by award-winning game designer, HIDEO KOJIMA, the studio will begin focusing its efforts in developing products that will push the boundaries in innovation and ignite consumer interest worldwide.

As Kojima has stated, only the first untitled game of this original franchise will be a console exclusive to the PlayStation 4. Kojima himself has since said in a follow up interview that it will also come to the PC after its release on the PS4. It will be interesting to see what kind of games will be developed considering Kojima has exclusively been working on Metal Gear for almost three decades. Kojima also explains to IGN how he is approaching the creative process:

“I want to create something that’s what people expect, but at the same time will have something new that people haven’t seen before. I’m thinking smaller-scale, not too many people, and focusing on game creation at first.”

The thought of Kojima applying his engaging narrative and visionary talents into a new intellectual property is very exciting. As far as the new studio is concerned, Kojima believes there will be more “agility”:

“We’ll be able to do things that are more edgy, preserving the quality we’ve had so far, while at the same time finding new challenges and exploring new areas.”

Prior to this year’s release of Metal Gear Solid 5: The Phantom Pain, Kojima’s name and the Kojima Productions logo were pulled from all marketing materials, including the game’s box cover art as well as the Konami website. The original Kojima Productions under Konami has since been dissolved and transitioned into Konami Digital Entertainment. And with the announcement of his reformed company a new logo has been born:

Everything is in the details when it comes to Kojima, and he goes on to tell IGN how the logo was conceived:

“I’ve always loved astronauts, and [the new Kojima Productions logo] is designed so it can be seen as a medieval knight or an astronaut’s helmet. The concept is, with new technology and a pioneer spirit, we want to bring you to a new realm – within the digital world, I mean – we want to travel together with you to a new realm to which no one has gone before. As for the skeleton, we’re homo sapiens – people of wisdom – but we’re also homo ludens – people who play – and the concept behind this logo is that: With new technology and a pioneer spirit, we’ll deliver play to a new world.”

The esteemed game designer is no stranger when it comes to dropping players into vast new worlds. And he is most thankful to the fans who have supported him through this transition:

“I’ve been in this industry for 30 years. I turned 52 this year. I’m getting to a new start, and I am very confident. I’ll keep creating games until the day I die. Rest assured I’m making more games, something more fun, something you haven’t seen, and it would be great if I could count on the fans to support me in this.”

The full force of fan love and respect was felt after the recent controversy at The Game Awards last month where Konami’s lawyers prevented Hideo Kojima from attending the event to accept the awards Metal Gear Solid 5 earned – Best Action/Adventure Game and Best Score/Soundtrack at this year’s Game Awards. A more than baffling decision.

Sadly, Konami still retains the rights to the Metal Gear series, but we are happy and look forward to whatever the revered developer will come up with next.

What would you like to see Kojima-san tackle next?

Get your power gloves ready Nintendo fans because the World Championships return in celebration of E3. After a 25-year hiatus, President and COO of Nintendo of America Reggie Fils-Aimé has made the executive decision to revive the long forgotten tournament of tournaments. Alongside the big announcement, Nintendo also offered a preview of what’s to come during the expo, including the opportunity to play Mario Maker for Wii U early. Keep reading after the break to find out more. END_OF_DOCUMENT_TOKEN_TO_BE_REPLACED

The full details pertaining to Batman: Arkham Knight’s Season Pass have just been announced by WB Games. With this closing chapter to Rocksteady Studio’s Batman: Arkham trilogy, gamers should find the Season Pass deliverables to be quite delightful. The biggest reveal of them all is that the developers will allow fans to play as Batgirl. This is the first time in the franchise’s history that users will experience the chance to play as Barbara Gordon, however this will come at a steep price of $40. Learn the other list of features included in the Season Pass as well as the full image of Batgirl after the break. END_OF_DOCUMENT_TOKEN_TO_BE_REPLACED

Good news everyone! There is some light throughout all the Konami / Kojima debacle. It has been revealed that the much anticipated return of Metal Gear Online, as part of Metal Gear Solid 5: The Phantom Pain, will support up to 16 players on current gen systems, PlayStation 4, Xbox One, and PC. Those hoping to go head-to-head at the game’s release on September 1 on previous gen systems, Xbox 360 and PlayStation 3, will have support up to 12 players. Find out more details pertaining to MGO after the break. END_OF_DOCUMENT_TOKEN_TO_BE_REPLACED

As one of the most anticipated video game releases of the year, it comes as sad news that Nintendo has decided to delay the release of The Legend of Zelda this year. In a formal video from the game’s producer, Eiji Aonuma, Nintendo has made the executive decision to hold off on release until they have completed the “ultimate” Legend of Zelda experience for fans. You can find the official statement after the break. END_OF_DOCUMENT_TOKEN_TO_BE_REPLACED

We’ve all spent countless hours discovering Rapture and the floating city of Columbia, and now game developer Ken Levine is seeking a new way we game. While the creator of the BioShock series doesn’t divulge too many details about it, Levine does give a lot of insight into where he found his inspiration and what to expect. Hit the jump for more details on the work in progress.

END_OF_DOCUMENT_TOKEN_TO_BE_REPLACED 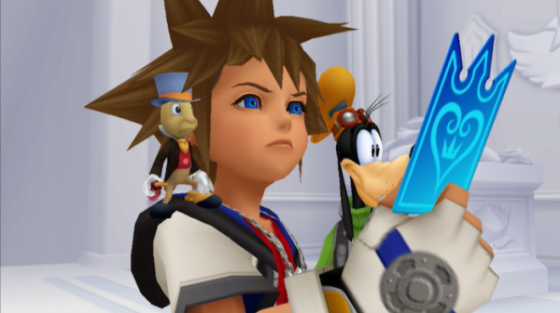 One of the most anticipated games from Square Enix for the avid gamer is Kingdom Hearts 3. It’s been almost 10 years since the release of Kingdom Hearts 2 and now Tai Yasue, co-director and game designer on Kingdom Hearts 3, has opened up about what’s on the table for the sequel. Since 2005, Disney has acquired both Marvel Entertainment and LucasFilm (Star Wars), and with that Square Enix has a lot of options for the third Kingdom Hearts. Learn more about the upcoming sequel after the jump. END_OF_DOCUMENT_TOKEN_TO_BE_REPLACED

Although video games based on films and TV shows can be fairly risky for developers to create, the Game of Thrones: A Telltale Game Series is showing some much promise. Developed by Telltale Games, the same company that created the successful episodic series based on The Walking Dead, it could be that this game is in good hands. Hit the jump to watch the first trailer and learn more details. END_OF_DOCUMENT_TOKEN_TO_BE_REPLACED 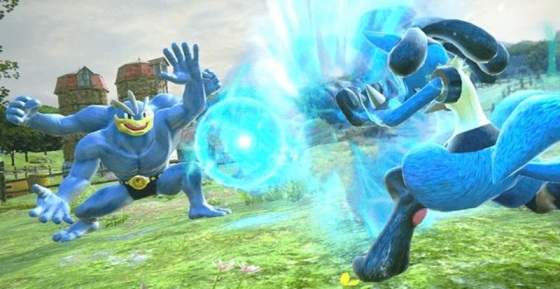 Nintendo and The Pokemon Company recently gave fans a cryptic announcement this month about an exciting new project in the works. It was revealed during NicoNico’s “Monthly Famitsu featuring Pokemon Special” that Nintendo and Bandai Namco Games has teamed up to create Pokken Tournament, a cross between the famous Pocket Monsters and Tekken. Learn more and view the gameplay teaser after the jump.

END_OF_DOCUMENT_TOKEN_TO_BE_REPLACED 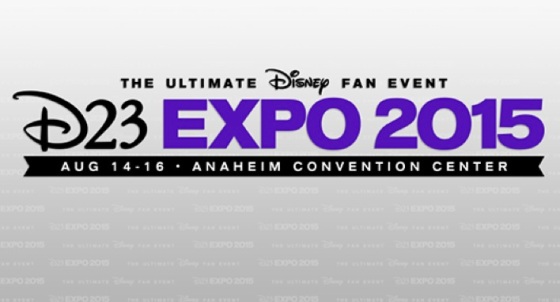 Tickets for the biggest Disney fan event, D23 Expo, will be on sale tomorrow, Thursday, August 14 at 10 am PST. The fourth bi-annual event will take place again in Anaheim, August 14–16, 2015. This is the Comic-Con of Disney events, and the House of Mouse is not fooling around this year with an ultimate Sorcerer’s Package for true fans. Find out more details on how you can purchase tickets after the break. END_OF_DOCUMENT_TOKEN_TO_BE_REPLACED