Brace your bank accounts, it’s time to see what’s Now Available to Own for the week of March 3, 2015. Each week we run down new movie, television, and video game releases that you can enjoy in the comfort of your own home, as well as some slick deals that can save you some coin. On shelves this week you can find The Hunger Games: Mockingjay Part 1, Foxcatcher, Adventure Time, and more. Check out the complete list after the jump.

My pick for one of the most overrated movies of 2014. There’s nothing really about Foxcatcher that caught my attention with its drawn out narrative and looming climax. For all that build up, the end result is rather lackluster. The characters are not built up enough to feel attached and even the wrestling matches are pretty lifeless. Special features included are:

I found this indie to be sweet and charming. At times it can meander just a bit and you’re not sure exactly where things are going, but it wraps itself up in a neat little bow that is satisfactory. It’s lighthearted, but has those indie tropes that aren’t exceedingly exciting or new. The cast is great, with a lot of energy and enthusiasm, and the humor isn’t bad. Special features included are:

The Captive (Atom Egoyan) Rated R [112 min] – Eight years after the disappearance of Cassandra, some disturbing incidents seem to indicate that she is still alive. Her parents and detectives, and Cassandra herself, will try to unravel the mystery of her disappearance. Starring Ryan Reynolds, Scott Speedman, and Rosario Dawson

It’s amazing to see what kind of roller coaster of a ride stars can take. For instance Rosario Dawson starred in one of the better movies of yesteryear with Chris Rock in Top Five and Ryan Reynolds had such an up and up in the mid-2000’s and hasn’t been really in the spotlight lately. And now we see them here in The Captive, a terribly drawn out procedural that takes place over the course of eight years, bouncing back and forth in time, with horrendous villainy and inscrutable character motivations. It’s all over the place and borderlined hilarious. Special features included are:

After how much I loathed reading this book, I was taken aback with how well directed Mockingjay Part 1 was. It’s not better than Catching Fire, but it works profoundly well. The thing about these Part 1/Part 2 systems is that they don’t feel like complete films, and it’s just dragged out with filler and it screws up the pacing. Lawrence does his best to batten down all the hatches and gets rid of a lot of the internal nonsense Katniss is going through in her head that was written in the book, which I felt was the biggest success. Special features included are:

Now, through the midst of season six, Adventure Time continues to entertain to its fullest content, even without Pendleton Ward acting as showrunner. This collection of 16 episodes is a hodge podge of some of the best episodes that feature the Ice King and Flame Princess. There are no ties to these episodes in general, but they’re fun to revisit if you’re not looking to buy full seasons worth of the show. There are no special features with this disc.

Longmire (Season 3) (John Coveny and Hunt Baldwin) – Wyoming Sheriff Walt Longmire is back in the saddle for a third thrilling season. After winning his heated re-election as Absaroka County sheriff vs. his ambitious deputy Branch Connally, Walt now faces a stampede of problems both personal and professional. Last season, Walt and his deputies each braved a storm and did it nobly. But for every storm, there is an aftermath. Starring Robert Taylor, Katee Sackhoff, Lou Diamond Phillips, Cassidy Freeman, and Bailey Chase

This is a show I have not seen yet, but have heard middling things. The only special feature included is:

Outlander (Season 1; Vol. 1) (Ronald D. Moore) [64 min] – Follows the story of Claire Randall, a married combat nurse from 1945 who is mysteriously swept back in time to 1743, where she is immediately thrown into an unknown world where her life is threatened. When she is forced to marry Jamie Fraser, a chivalrous and romantic young Scottish warrior, a passionate relationship is ignited that tears Claire’s heart between two vastly different men in two irreconcilable lives. Starring Caitriona Balfe, Sam Heughan, and Duncan Lacroix

Another show I have not had time to check out, but I heard it is pretty much just OK. Special features included are: 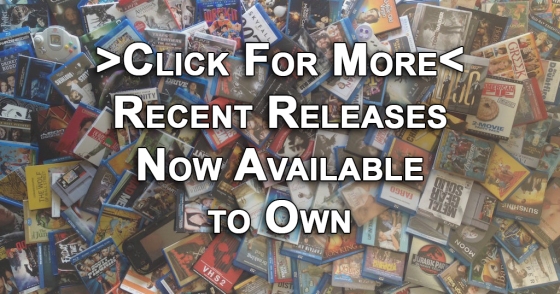