Welcome to your Netflix Streaming Report for May 14, 2015. After the long week you deserve a relaxing staycation with a bowl of popcorn, a bucket of ice cream, and only your Netflix queue to judge you. This past week, Netflix Watch Instant has been kind enough to supply us with Rabbit Hole, Grace and Frankie, The Sixth Sense, and more, which you can find after the jump.

Many people call this film manipulative in the way that it plays with your emotions. Some feel that there are only character developments that only speak to an emotional volume rather than provide an introspective of who Oscar Grant really is. It’s been awhile since I’ve seen Fruitvale Station, but I didn’t think it’s as pandering as some make it out to be. Yes, there really isn’t a story here as much as it is just a day in the life of one man through a series of events that lead up to an unfortunate incident. I think it’s worth the watch.

It’s also been awhile since I’ve seen Rabbit Hole, and it is also a very emotional ride. Kidman’s performance is very heavy and a lot if not most of the screen time is placed on her shoulders. She can carry herself well, but the story is mostly one note. This is also Miles Teller’s first feature film and he does a pretty stand up job. 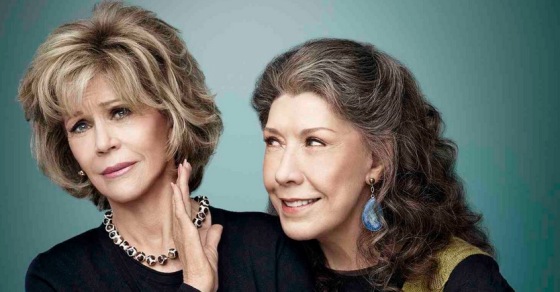 Grace and Frankie (Marta Kauffman and Howard J. Morris) Rated TV-MA [30 min] – Elegant, proper Grace and freewheeling, eccentric Frankie aren’t friends, even though their husbands Robert and Sol have been law partners for decades. But when Robert and Sol announce that they’re leaving their wives for each other, the two women start to bond in ways they never expected. Starring Jane Fonda, Lily Tomlin, Martin Sheen, and Sam Waterston

Another new Netflix original series. I haven’t seen the show yet, but have heard nothing good nor bad about it.

OK, listen, I have never seen a Madea movie until this one, and gotta say that it’s not as terrible as you would think. But it’s still pretty terrible. There are worse movies out there surprisingly.

A classic, of course.

Here’s additional titles that released this past week: