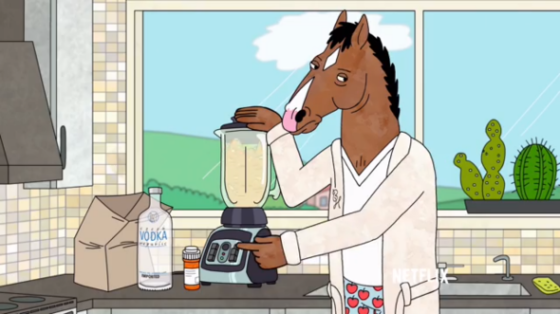 Welcome to your Netflix Streaming Report for August 28, 2014. After the long week you deserve a relaxing staycation with a bowl of popcorn, a bucket of ice cream, and only your Netflix queue to judge you. This past week, Netflix Watch Instant has been kind enough to supply us with 3 Ninjas Kick Back, The Protector 2, Bojack Horseman, and more, which you’ll find after the break.

3 Ninjas Kick Back (Charles T. Kanganis) During a championship baseball match, the three brothers hear that their grandfather in Japan is in trouble, and head out to help him, conceding the match. When they arrive in Japan, they must use all their powers to defend him against his ancient enemy, who has returned to exact revenge. Starring Victor Wong, Max Elliott Slade, J. Evan Bonifant, and Sean Fox

Two years after the original 3 Ninjas, the gang is back. Sorta. Recast, this sequel didn’t do quite as well as the original. But, hey, you can check it out for free on the Netflix if you never had any interest to before. That’s what Netflix is there for right? (Watch it now)

The Protector 2 (Prachya Pinkaew) When the owner of a major elephant camp is murdered, Kham finds himself the number one suspect and on the run from both the police and the deceased’s vengeful twin nieces. But luck is on Kham’s side when he runs into an Interpol agent sent to Thailand on a secret mission. Starring Tony Jaa, RZA, and Petchtai Wongkamlao

Highly trained in muay thai, Tony Jaa is one nasty fighting machine. And if you’ve seen the first Protector, this sequel is just as filled to the brim with action and goes balls to the wall. And I mean, come… on. What would a martial arts film be without the RZA these days? What we really should be asking is WHERE’S MY ELEPHANT! (Watch it now)

Bojack Horseman (Raphael Bob-Waksberg)  Meet the most beloved sitcom horse of the 90s – 20 years later. BoJack Horseman was the star of the hit TV show “Horsin’ Around,” but today he’s washed up, living in Hollywood, complaining about everything, and wearing colorful sweaters. Starring Will Arnett, Aaron Paul, and Alison Brie

“I haven’t given this series the old run through yet, but I’ve ready pretty mixed reviews.” – Erik Adams (AV Club)

” BoJack is perhaps a little more clever than it is uproariously funny, but it is often very clever, and, moreover, well-tuned to the ludicrousness of the sort of low-level fame that surrounds BoJack.” – Willa Paskin (Slate)

“A series that not-so-boldly goes where seemingly everyone has gone before. It’s such a stale premise that even when the series musters the occasional smirk, it feels deserving of a trip to the glue factory.” – Brian Lowry (Variety)

Nobody here needs a redemption story, but they could use an arc that makes their journey together feel less hollow.

Look forward to more new titles from The Streaming Report every Thursday on TTRC. We hope you enjoy!