We’ve got another full week of home video release announcements to share with you Coming Soon to Blu-ray and DVD. While we provide you with a list of releases Now Available to Own every Tuesday, Coming Soon looks at all of the pre-order announcements. For the week of January 24, 2015, Interstellar, The Hunger Games: Mockingjay – Part 1, Penguins of Madagascar, and more have been given release dates. Find out when they’ll be out and what special features they’ll have after the break.

Synopsis: When a wormhole (which hypothetically connects widely-separated regions of spacetime) is newly discovered, a team of explorers and scientists embark on a voyage through it to transcend previous limitations on human space travel. 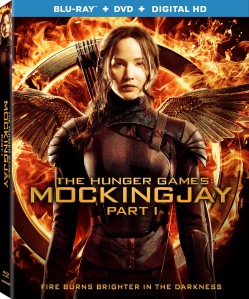 Official synopsis: The worldwide phenomenon of The Hunger Games continues to set the world on fire with The Hunger Games: Mockingjay – Part 1, which finds Katniss Everdeen (Jennifer Lawrence) in District 13 after she literally shatters the games forever. Under the leadership of President Coin (Julianne Moore) and the advice of her trusted friends, Katniss spreads her wings as she fights to save Peeta (Josh Hutcherson) and a nation moved by her courage.

The Hunger Games: Mockingjay – Part 1 is directed by Francis Lawrence from a screenplay by Danny Strong and Peter Craig and produced by Nina Jacobson’s Color Force in tandem with producer Jon Kilik. The novel on which the film is based is the third in a trilogy written by Suzanne Collins that has over 65 million copies in print in the U.S. alone.

Directed by Gina Prince-Bythewood, Beyond the Lights stars Gugu Mbatha-Raw, Nate Parker, Danny Glover, Minnie Driver, and Machine Gun Kelly. The release will be available on Blu-ray and DVD on February 24, 2015. 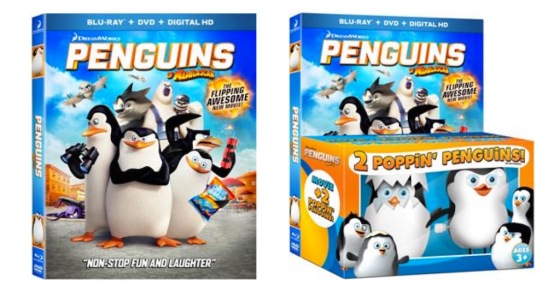 Synopsis: In Penguins of Madagascar, audiences will discover the secrets of the most entertainingly mysterious birds in the global espionage game. Skipper, Kowalski, Rico and Private now must join forces with the chic spy organization, the North Wind, led by Agent Classified (we could tell you his name, but then … you know) to stop the cunning villain Dr. Octavius Brine from taking over the world.

Synopsis: A critical favorite at this year’s Cannes Festival, where it took the Jury Prize in Un Certain Regard, this wickedly funny and precisely observed psychodrama tells the story of a model Swedish family—handsome businessman Tomas, his willowy wife Ebba and their two blond children—on a skiing holiday in the French Alps. The sun is shining and the slopes are spectacular but during a lunch at a mountainside restaurant an avalanche suddenly bears down on the happy diners. With people fleeing in all directions and his wife and children in state of panic, Tomas makes a decision that will shake his marriage to its core and leave him struggling to reclaim his role as family patriarch.

Directed by Ruben Östlund, Force Majeure stars Johannes Kuhnke, Lisa Loven Kongsli, and Clara Wettergren. The release will be available on Blu-ray and DVD on February 10, 2015.

Synopsis: The shadows of Gotham City are no place for a child but Damian Wayne (Stuart Allen) is no ordinary child. Now bearing the mantle of Robin, he blazes a headstrong and sometimes reckless trail alongside his father, Batman (Jason O’Mara). While investigating a crime scene, Robin encounters a mysterious figure, Talon (Jeremy Sisto), who leads him on a life-altering course through the depths of Gotham’s secret society, known as The Court of Owls. It’s a dangerous journey that will force Batman and Robin to face their most dangerous adversary: each other.

Directed by Jay Oliva, Batman vs. Robin stars the voices of Jason O’Mara as Batman/Bruce Wayne and Stuart Allan as Robin/Damian, Jeremy Sisto as Talon, Al Yankovic as The Dollmaker, David McCallum as Alfred, Grey Griffin as Samantha, Sean Maher as Nightwing, and Kevin Conroy as Thomas Wayne. This feature will be available on Blu-ray/DVD/Digital HD combo pack and Deluxe Edition gift set (which includes a Batman figurine) on April 14th, 2015.

Stay tuned for more Blu-Ray and DVD announcements every Saturday. Click the button below to see what else will be available soon: