Welcome to your Netflix Streaming Report for July 16, 2015. After the long week you deserve a relaxing staycation with a bowl of popcorn, a bucket of ice cream, and only your Netflix queue to judge you. This past week, Netflix Watch Instant has been kind enough to supply us with Penguins of Madagascar, The Expendables 3, Serena, and more.

[And sorry for not posting last week, Comic-Con was happening. So this post covers the last two weeks!]

Penguins of Madagascar (Eric Darnell and Simon J. Smith) Rated PG [92 min] – Discover the secrets of the greatest and most hilarious covert birds in the global espionage biz: Skipper, Kowalski, Rico and Private. These elitists of the elite are joining forces with a chic undercover organization, The North Wind. Led by handsome and husky Agent Classified (we could tell you his name, but then…you know). Together, they must stop the villainous Dr. Octavius Brine, from destroying the world as we know it. Starring Tom McGrath, Chris Miller, Christopher Knights, and Benedict Cumberbatch

When DreamWorks wants to put out work that is subpar, they can nail it. We know the studio can do better with the likes of Kung Fu Panda and How to Train Your Dragon, so why do they keep pushing these mediocre stories out? Penguins of Madagascar: The Movie is mostly a lost cause, but the action is put together fairly well. The whole premise is just a bore.

Creep (Patrick Brice) Rated R [82 min] – When a videographer answers a Craigslist ad for a one-day job in a remote mountain town, he finds his client is not at all what he initially seems. Starring Patrick Brice and Mark Duplass

I have not seen this one yet, but I liked Patrick Brice’s The Overnight and I’ve heard Creep is fairly decent. Good horror movies are few and far between lately. Plus it’s got Mark Duplass (The League; Safety Not Guaranteed) doing his thing.

The Expendables 3 (Patrick Hughes) Rated PG-13 [126 min] – Barney, Christmas and the rest of the team comes face-to-face with Conrad Stonebanks, who years ago co-founded The Expendables with Barney. Stonebanks subsequently became a ruthless arms trader and someone who Barney was forced to kill… or so he thought. Stonebanks, who eluded death once before, now is making it his mission to end The Expendables — but Barney has other plans. Starring Sylvester Stallone, Jason Statham, Jet Li, Mel Gibson, Dolph Lundgren, Wesley Snipes, and Antonio Banderas

The Expendables 3 has not crossed my path yet, and I probably wouldn’t mind skipping it either. The series is mindless action with no stakes or any cause to care about our heroes. But if these kind of movies float your boat, be my guest.

If you want to watch the J-Law/Bradley Cooper film that was pushed back and hidden from everyone because of how bad it is, now’s your chance!

The Search for General Tso (Ian Cheney) Unrated [71 min] – Who was General Tso, and why are we eating his chicken? This feature documentary explores the origins and ubiquity of Chinese-American food through the story of an iconic sweet and spicy chicken dish. Starring Ian Cheney

This is a documentary I have not seen, but I am definitely interested. I’ve heard good things and who doesn’t love a mystery? Especially one so delicious.

And even more newly uploaded titles: 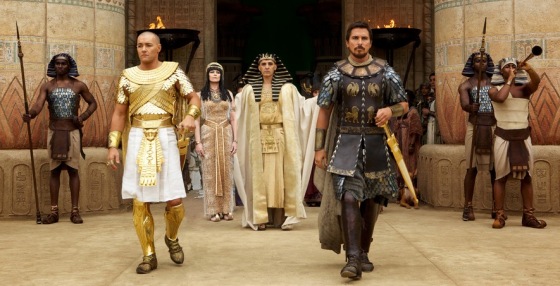 Brace your bank accounts, it’s time to see what’s Now Available to Own for the week of March 17, 2015. Each week we run down new movie, television, and video game releases that you can enjoy in the comfort of your own home, as well as some slick deals that can save you some coin. On shelves this week you can find Exodus: Gods and Kings, Penguins of Madagascar, Annie, Song of the Sea, Top Five, and more. Check out the complete list after the jump. END_OF_DOCUMENT_TOKEN_TO_BE_REPLACED

We’ve got another full week of home video release announcements to share with you Coming Soon to Blu-ray and DVD. While we provide you with a list of releases Now Available to Own every Tuesday, Coming Soon looks at all of the pre-order announcements. For the week of January 24, 2015, Interstellar, The Hunger Games: Mockingjay – Part 1, Penguins of Madagascar, and more have been given release dates. Find out when they’ll be out and what special features they’ll have after the break. END_OF_DOCUMENT_TOKEN_TO_BE_REPLACED

The weekend warriors of Thanksgiving Weekend 2014 includes Horrible Bosses 2, Penguins of Madagascar, The Imitation Game, and The Babadook. Every week, movie studios select candidates to enter the glorious battlefield for your hard-earned dollars, Box Office Battlefield is here to help you decide which movie(s) will take priority over the others and determine who will be victorious. END_OF_DOCUMENT_TOKEN_TO_BE_REPLACED

With Labor Day come and gone, the summer movie season has officially ended. September marks the beginning of the fall movie season, which in turn slowly evolves into Oscar season. There were many great movies the past few months, but the final third of the year promises many great flicks such as Interstellar, Big Hero 6, Inherent Vice, Whiplash, Mockingjay Part 1, and many more. Check out all 66 films you can see this fall/winter season after the break. END_OF_DOCUMENT_TOKEN_TO_BE_REPLACED

Not only has Comic-Con International released the schedule for Preview Night, but they have also unveiled the full panel schedule for Thursday, July 24; the official first day of San Diego Comic-Con. Everything kicks off with 24 in Ballroom 20 and DreamWorks Animation christens Hall H with their presentation of upcoming animated feature. Other big panels for the day includes The Giver, Paramount Pictures‘ presentation, Community, and much more! Check out the full schedule after the break. END_OF_DOCUMENT_TOKEN_TO_BE_REPLACED