The 2013 San Diego Film Festival begins today, Wednesday, October 2. With the surprise announcement of 12 Years a Slave as the opening night film, this looks to be one of the biggest, most anticipated SDFFs in awhile. Although many of the films submitted are from relatively unknown filmmakers, Judd Apatow will be honored for his work (The 40 Year Old Virgin; Funny People; Knocked Up). After the jump, check out the full schedule of movies you can expect to find this year at the San Diego Film Festival.

7:00pm Opening Night Film: 12 Years a Slave – Based on an incredible true story of one man’s fight for survival and freedom. In the pre-Civil War United States, Solomon Northup (Chiwetel Ejiofor), a free black man from upstate New York, is abducted and sold into slavery. Facing cruelty (personified by a malevolent slave owner, portrayed by Michael Fassbender), as well as unexpected kindnesses, Solomon struggles not only to stay alive, but to retain his dignity. In the twelfth year of his unforgettable odyssey, Solomon’s chance meeting with a Canadian abolitionist (Brad Pitt) will forever alter his life. Written by Fox Searchlight. Reading Theater Downtown Gaslamp

6:00pm Old Stock – After two years hiding out in his Grandfather’s retirement residence, Stock Burton is forced back into his small town where he must come to terms with the troubled past that led to his early retirement. Reading Theater Downtown Gaslamp

8:00pm Robin Hood – Germany in the near future. After the collapse of the EU the country is heavily stricken. The social security systems have collapsed, a large part of the population is sinking into poverty. Alex (Ken Duken), a special investigator of the police, and his partner Sophie (Dagny Dewath) scrutinize the top manager of the DNB Bank, Rainer van Kampen (Thomas Thieme), whose speculations have ruined thousands of small investors. Despite overwhelming evidence no action is taken against him because van Kampen’s political connections are too powerful. Furthermore Alex’s sister is in despair because of an imminent forced eviction and she commits suicide. Alex just sees one way to stop the practices of the bank: He must become a criminal himself. Reading Theater Downtown Gaslamp

8:30pm Xingu – Its storyline is based on the exploration, definition and protection of one of the world’s largest indigenous territories. Reading Theater Downtown Gaslamp 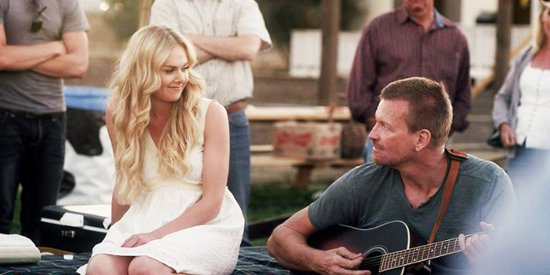 5:00pm Southern Baptist Sissies – Southern Baptist Sissies is a film of the theatrical experience of writer/director Del Shores’ GLAAD Award-winning play about four gay boys growing up in the Soutern Baptist church in Texas. It explores the conflict between the caustic rhetoric of dogmatic religion and the fragile development of adolescent homosexuality while challenging hypocrisy, exposing damage and offering hope. The intimate experience of theatre on the film screen reveals the complicated emotions from all sides – the confused child, the struggling adolescent and the angry and damaged adult. Reading Theater Downtown Gaslamp

5:00pm Fallacy – Lured by quick money, David Jansen a loving but troubled family man and aspiring star lawyer lives a dangerous double life as an high-class escort. On the job he meets Minister of the Environment Camille Bleibner deciding to blackmail her with incriminating intel. Little did he know that energy tycoon Patrick Jahns made it possible for her to work in the upper political echelons of the federal parliament. He therefore protects her from any dangers. A cat-and-mouse game starts between Jansen and Jahns, with the only purpose of destroying the opponent and thus keeping one’s own dark secrets from discovery. Reading Theater Downtown Gaslamp

5:00pm The German Doctor – Patagonia, 1960. A German physician meets an Argentinean family and follows them on the long desert road to Bariloche where Eva, Enzo and their three children are going to open a lodging house by the Nahuel Huapi lake. This model family reawakens his obsession with purity and perfection, in particular Lilith, a 12 year-old with a body too small for her age. ArcLight UTC Theater La Jolla

8:00pm Autumn Blood – High in the Mountains, a widowed mother dies, leaving her two children alone and orphaned. Fearing being split up they keep their mother’s death a secret. They survive together until the Mayor’s son and his friends brutally destroy their innocence when they assault and rape the girl. A social worker from a distant city arrives to investigate, but ultimately it is the siblings who must come of age to protect each other and survive. ArcLight UTC Theater La Jolla

8:00pm This Thing with Sarah – When a down and out writer is dumped by his long time girlfriend, he befriends a woman to help him get over his ex. ArcLight UTC Theater La Jolla

8:30pm Lost on Purpose – Fueled by gin and pure determination, Elizabeth James struggles to keep her dairy farm from being swallowed up by the region’s domineering co-op. To help with the workload, she’s hired five renegade ranch hands. Together they fight for love, pride, family, and their vanishing way of life. ArcLight UTC Theater La Jolla

2:00pm Clinic of Love (La clinique de l’amour!) – John – conscientious and romantic – and Michael – thoughtless and unfaithful – are surgeons at their father’s private hospital. John felt madly in love with Priscilla, a wonderful nurse. But he is betrayed by Michael who decides to marry her. Shattered by his loss, John moves to Canada. But Michael’s new project to dedicate the clinic to plastic surgery leads them to bankruptcy, forcing John to come back in the hope of saving the clinic. Reading Theater Downtown Gaslamp

2:30pm Chez Upshaw – An endlessly bickering but truly devoted and quirky couple run a B&B that’s about to sink when along comes the opportunity of a lifetime… they turn it into a ‘check in, don’t check out’ last resort for assisted suicides. (Notable Stars: Kevin Pollack and Molly Sims) ArcLight UTC Theater La Jolla

3:00pm Least Among Saints – Coming home to a broken marriage and uncertain future, veteran Anthony Hayward (Martin Papazian) thinks he’s at the end of his rope. But when his troubled ten year-old neighbor, Wade (Tristan Lake Leabu), calls out for help, Anthony can’t seem to turn away. To the dismay of the boy’s embattled social worker (Laura San Giacomo), Anthony sets out on a fool’s quest to help this heartbroken but hard to reach child find his long-lost father, who might not even exist. Reading Theater Downtown Gaslamp

5:30pm Brahmin Bulls – When Ashok makes a surprise visit to Los Angeles to visit his estranged son, the two begin a journey to mend their strained relationship until Sid discovers that his father has actually come in search of an old flame. Reading Theater Downtown Gaslamp

6:00pm About Time – At the age of 21, Tim discovers he can travel in time and change what happens and has happened in his own life. His decision to make his world a better place by getting a girlfriend turns out not to be as easy as you might think. Reading Theater Downtown Gaslamp

7:00pm The Jogger – A man goes on an evening jog only to have it turn into a race for his life when he is stalked by a psychotic killer. ArcLight UTC Theater La Jolla

7:00pm The Republic of Two – An examination of the funny, sexy, turbulent and beautiful high-stakes game of heterosexual cohabitation. Tim wants to be a doctor. Caroline doesn’t quite know what she wants. They both know their love is real, but can that love endure a town full of possibilities and temptation? With stylish realism and standout performances from newcomer Brent Bailey and British actress Janet Montgomery (Black Swan, Entourage, Our Idiot Brother, Made In Jersey), Shaun Kosta’s L.A.-set directorial debut is a sometimes-romantic and always honest conversation starter. Reading Theater Downtown Gaslamp

8:00pm August: Osage County – A look at the lives of the strong-willed women of the Weston family, whose paths have diverged until a family crisis brings them back to the Oklahoma house they grew up in, and to the dysfunctional woman who raised them. ArcLight UTC Theater La Jolla

2:00pm Grave Secrets – Deadtime Stories is a children’s horror fiction series, following the same genre of writing as Goosebumps. The subjects of the series vary from hauntings to monsters and other weird happenings which are encountered by normal kids who are directly or indirectly involved in them. ArcLight UTC Theater La Jolla

You may purchase tickets at the San Diego Film Festival website.