Director of Batman: Arkham Knight, Sefton Hill,revealed in a guest post on the PlayStation blog what the title of the game is referring to, a brand new villain. Picking up one year after the events of Batman: Arkham City, Gotham is faced with a new wave of crime that only The Dark Knight is capable of stopping. But this time he may face his most dangerous foe yet. Learn who the Arkham Knight is after the break.

Many have speculated what exactly “Akrham Knight” stood for. Was this just a new nickname for the Batman or was this something completely new? PlayStation sat down with Rocksteady‘s Brand Marketing Producer, Dax Ginn, during GDC 2014 to talk all things Batman: Arkham Knight, including more depth into the Batmobile and just a hint about the Arkham Knight.

Not much detail has been given about the Arkham Knight, but the concept art is incredible. It looks like a cross between Iron Man and Batman. When I first saw the images I thought it was just fan art, but it turned out to be the real deal. Arkham Knight is a brand new character created in cooperation with DC Comics for the game. It will be interesting to see how well he fits into the Batman universe and how the character plays off of Batman and the other well-established villains. 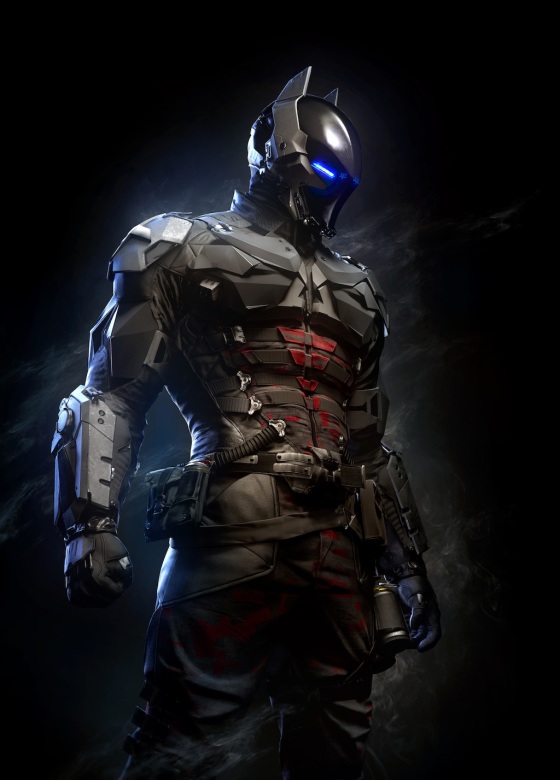 Going into more detail, Hill tells PlayStation what exactly it has been like to work on this trilogy of games and his vision of what players came come to expect this fall:

“I’ve always said that working on a Batman game is a huge privilege for us. Even though we have been working on Batman for over seven years, we’ve never lost sight of the fact that we are the current custodians of a very special universe.

“So it was with great excitement, and not a small amount of trepidation, that we decided to add the fully playable Batmobile into the Arkhamverse, knowing that it would disrupt all of our existing systems and bring with it a huge amount of pressure to deliver on expectations.

“I guess this is what excited me most about integrating this very special vehicle. Taking on challenges which don’t have an easy answer is where the best innovations come, because you are forced to do the unexpected. As it was with taking on a character that cannot kill and is powerful but vulnerable, so it is with taking on a car that is (in most right-minded people’s heads) the single greatest vehicle ever.”

Integrating the Batmobile married up with our design philosophy at Rocksteady: to focus on features that improve the very core of the game, and hence continually refresh the experience.”

Here is the plot synopsis of Batman: Arkham Knight courtesy of Rocksteady Studios:

In the explosive finale to the Arkham series, Batman faces the ultimate threat against the city he is sworn to protect. The Scarecrow returns to unite an impressive roster of super villains, including Penguin, Two-Face and Harley Quinn, to destroy The Dark Knight forever. Batman: Arkham Knight introduces Rocksteady’s uniquely designed version of the Batmobile, which is drivable for the first time in the franchise. The addition of this legendary vehicle, combined with the acclaimed gameplay of the Batman Arkham series, offers gamers the ultimate and complete Batman experience as they tear through the streets and soar across the skyline of the entirety of Gotham City. Be The Batman.

So who is the Arkham Knight? Let the speculation begin!