DC Entertainment and Warner Bros. kicked off their presentation of Zack Synder’s upcoming Batman v Superman: Dawn of Justice with our first look at Gal Gadot in full Wonder Woman costume. Needless to say, this image was met with high praise. Although the film will not be set out into the wild of movie theaters everywhere until 2016, this first glimpse of Wonder Woman should suffice until we get a glimpse of footage. Check out the full image after the break.

With all of the excitement buzzing around the Marvel camp with their presentation today, many have wondered what Warner Bros. would present today from Batman V Superman:Dawn of Justice. While some were expecting to see more images of Batman and Superman, those in attendance were gifted with this badass image of Gal Gadot. Isn’t she just lovely?

This updated take on Wonder Woman, while still sexy and form fitting, screams that she can kick butt and take names. Gal Gadot is best known for her role in The Fast and Furious series, where she played a lethal femme fatale driver. Dawn of Justice will only up her street cred in the action world. 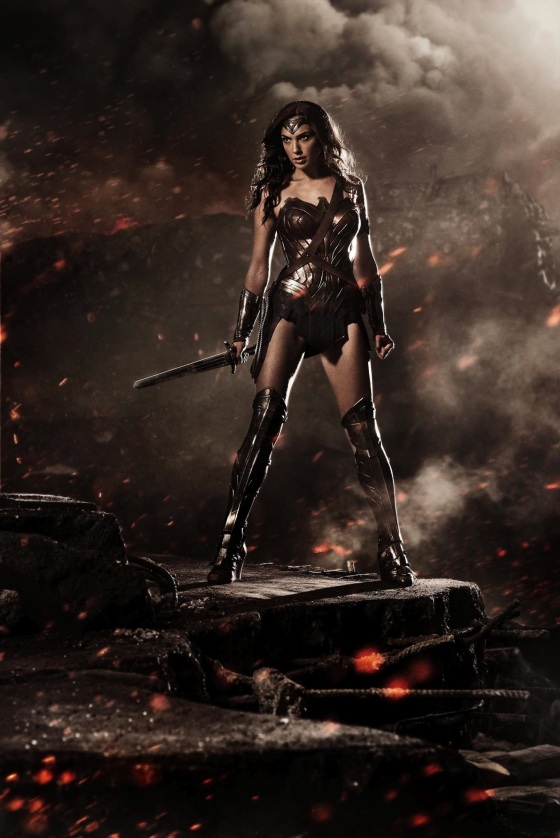 Gal Gadot joins an all star cast for Batman v Superman:Dawn of Justice featuring Ben Affleck as Bruce Wyane/Batman, Henry Cavill as Clark Kent/Superman, Amy Adams as Lois Lane, Ray Fisher as Victor Stone/Cyborg, Jason Mamoa as Arthur Curry/Aquaman, Jesse Eisenberg as Lex Luthor, and Jeremy Irons as Alfred. Sadly there is no official plot synopsis, but you can get a hint of what to expect if you check out Frank Miller’s The Dark Knight Returns.