With all of the hustle and bustle of Comic-Con 2013 during the day, don’t expect the festivities to die down just because the convention hall is closed at night. No, the streets of the San Diego Gaslamp district runs rampant with celebrities and attendees looking for a good times in all the right places. Now most industry parties are guest list only, but if you’re lucky enough to snag entry through a contest, are a smooth talker, or you know a guy who knows a guy who knows a guy, then you’ve just bought yourself the hottest ticket in town. Check out my SDCC nightlife adventures after the jump.

Thursday is where we begin our journey. First stop, the Pussycat Dolls Dollhouse for LatinoReview.com‘s Kings of Con. I’ve been to this venue before. It’s not as spacious as it may look, but it can be a fun if the crowd is feeling the DJ and the Dolls put on a performance more than once throughout the night. On this occasion the house was packed. The main attraction, the cast of Teen Wolf was in attendance. And a random appearance by Luke Wilson as he acts all conspicuous behind a hat as if he’s being stalked by paparazzi. No one was looking for you buddy, calm down. Apparently Kit Harrington, Jon Snow himself from Game of Thrones, was also walking about – I did not see him. The party was fun and the Dolls put out a lot of good vibes. The highlight for me was talking to Dylan O’Brien (Teen Wolf; The Internship) about how I just saw his very limited release The First Time, which I found to be quite enjoyable – it reminded me of the Before series, but that’s another discussion. Really nice guy, and I hope he has a successful career past The Internship. 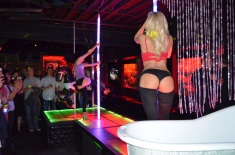 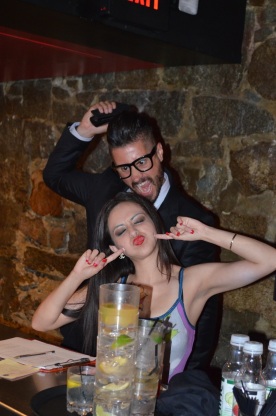 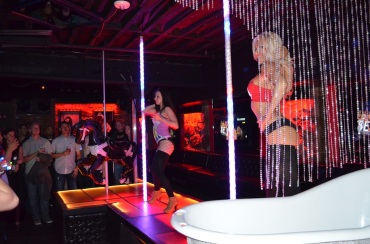 As Comic-Con does, because Comic-Con, there are multiple parties every night that take place all at once. So you have to pick your battles wisely, party hop when you can, and make the most out of the libations. And libations there are. Still on my Thursday buzz, I made a dash to this “haunted” loft down the street where I was invited to the Insidious: Chapter 2 party hosted by FearNet.com. These guys threw the Con of the Dead party last year, which was a blast. And the same caliber of awesome was upheld here. Ignoring the fact that it was balls hot in this loft because there was no air conditioning, the whole place was decked out in set pieces from Insidious: Chapter 2 to take you into “The Further.” It was a pretty cool gimmick and the best part was see these dice move as if you were communicating to the dead. Definitely a great time, and met some nice people who shared my love for horror. I’m really excited to see how the film will turn out – big fan of the first Insidious. 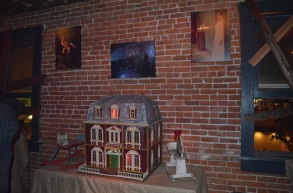 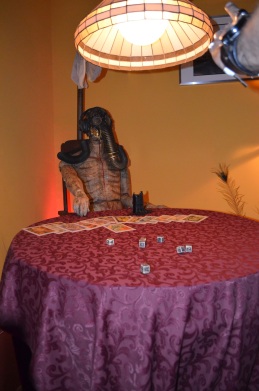 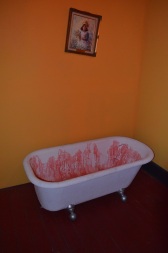 I survived Thursday night, but just barely. Desperate to find a way out of this funk, I scurried over to Comedy Central’s Comedy Con Happy Hour shindig. My mission, to meet the cast of Workaholics. Did I succeed? Yes sir, I did. I also got to high five Yvette Nicole Brown (Community), whom I got the privilege to meet last year outside a Nerd HQ party. This was a first come, first serve party for fans, and the place was packed, the line was out the door. Key and Peele were also in attendance. There was also a really great view from where we were located, FLOAT atop the Hard Rock Hotel. Check that place out during the summer for their summer Intervention parties.

I'd say there are a few people visiting San Diego for @SanDiegoComicCon this weekend. #SDCC

Still not on top of my game on Friday night, I was able to make it to my appointment to shoot a red carpet event. I have never shot a red carpet event in my life, but figured, why not? This red carpet was for Con of Darkness, at Voyeur nightclub. The fact sheet I was given by the publicist running the show promised the likes of big A-list celebrities, but not one of them showed up as expected. What we got was a slew of up and coming actors and actresses in that have taken part in the horror genre or can be seen in the Cinemax series Femme Fatales. I was surprised to recognize a few famous faces passing by, Doug Jones (Hell Boy), Nelson Ascencio (The Hunger Games series), John Ratzenberger (a Pixar legend), and Adam Green (writer/director of the Hatchet franchise) and Rileah Vanderbilit (1/4 of Team Unicorn). Although I didn’t interview anyone, it was an interesting experience to say the least. I would definitely like to see how it’s done on a big red carpet premiere for a movie or an award show. 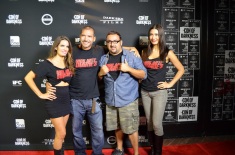 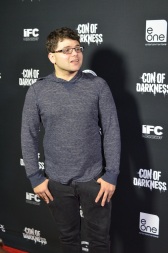 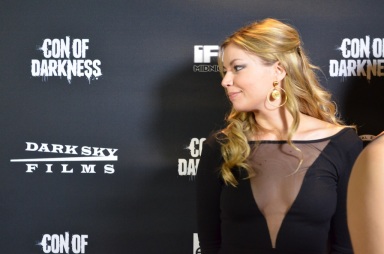 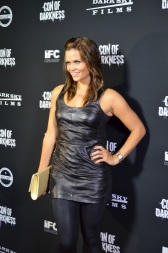 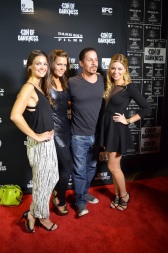 After the red carpet shenanigans were over with I was famished. Luckily there was food, as I had expected there would be because Con of Darkness was a complete knock-off of Con of the Dead from last year, same venue, but less of a thrilling vibe. This party sponsored by eOne and Dark Sky Films, who were promoting many of their various direct to home video releases such as Abducted and Zombie Massacre. The place was pretty dead for the most part, not just the decor, but the place was pretty empty with how big the venue is. I did bump into some friends from ScreenRant.com however, and it was nice to catch up with them and discuss movies per usual. 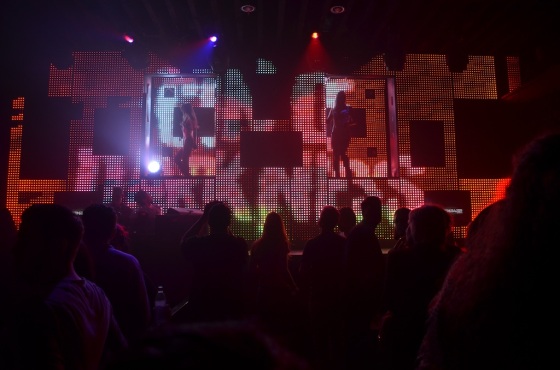 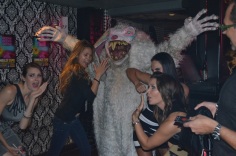 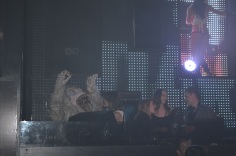 Saturday I kept it low key. I visited a kickstarter campaign benefit as I waited for a ScreenRant.com/SlashFilm.com/FirstShowing.net meet up at the Marriott Marquis Marina Hotel. It was nice catching up with the other SR team members, saying “hi” to Peter from SF and Alex from FS. And then as I was making my way back to my car via trolley I bumped into Joel Johnstone (The Newsroom). I have never seen the show before, sadly, but he’s a very nice guy. He’s from the Midwest, so that makes sense. 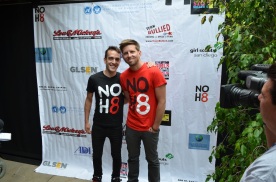 Sunday morning, I was up bright and early to make it the first Anti-Bullying Coalition brunch sponsored by NoH8 Campaign, United Nations Association, the Anti-Defamation League, and Cartoon Network’s Stop Bullying: Speak Up. I’ve seen NOH8 awareness campaigns with celebs duct taping their mouths with NoH8 temporarily tattooed on their cheeks. Their founders Adam Bouska and Jeff Parshley (pictured above) were in attendance along with some other active celebrities in the anti-bullying cause. Ending the parties on this positive note was a good way to begin a Sunday.

For more Comic-Con 2013 coverage, follow the SDCC tag or you can find TTRC on Facebook or Twtiter for updates as they are made available.