In a move to stay competitive, Microsoft Stores and other retailers such as Best Buy and Amazon have reduced the price of the the Xbox One to $450, Following the successful release of Titanfall, a special bundle pack has been marketed at this new lower price, bringing many to believe this is the first step to an inevitable price drop. Hit the jump to learn more about how Microsoft new strategy to stir up the current console war.

Since their initial 2013 releases, Microsoft’s Xbox One and Sony’s PlayStation 4 have battled it out for the top spot in retail sales. Arguably, neither of the electronics titans were able to offer up a satisfactory line up of exclusive launch titles. Many gamers, brand loyal or not, found their decisions on game console purchases based on nearly one factor, price. With Sony offering a similarly quality system for $100 cheaper than their competitor, Microsoft’s Xbox One saw its sales fall behind Sony’s PlayStation 4 since their debut. This trend may take a gradual turn now after this price drop.

Although an “official” price drop has not yet been set in stone, the Microsoft Store has begun selling the Titanfall bundle for the reduced price of $450. This certainly may be in response to many select retailer discounts slashing their price of the Xbox One first as part of a promotional offering with Titanfall. Currently, the price is listed as a “limited time savings” on Microsoft’s Store listing. 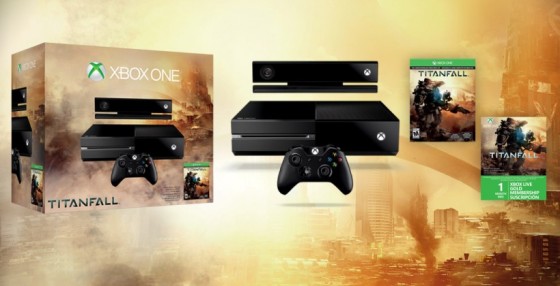 The popular Xbox One multi-player title, Titanfall, helped significantly boost sales of the Xbox one, leading many retailers to offer bundle packs of the system with the respective game. Titanfall has garnered a lot of positive reviews following its E3 2013 reveal. Many are unsure if this reduction in price is a long-term move, limited time savings based on Titanfall’s success as a way to finally prevail over its competitor the Playstation 4, or in fact a way for Microsoft to test run a potential price-cut. There is no confirmation as to how long this temporary price cut will last.

According to Ars Technica, Microsoft had the following to say about the price change:

“This is not a price drop on Xbox One. The Microsoft retail stores often set prices and run promotions in line with the rest of the retail industry, ensuring that its customers always get a good value for the devices and services purchased from the stores. The current online and physical Microsoft retail store price is not reflective of an MSRP price drop on Xbox One, which is still priced at $499 USD.”

What most haven’t considered is that a long-term drop in price may mean a price increase in console accessories and games. A lot of pricey hardware goes into the making of these hi-tech consoles, and I find it hard to imagine that Microsoft is willing to just discount those tech goodies without in turn, making up for those costs to them. Let us not forget, they do have investors. Remember K-Mart? They tried competing with Wal-Mart on price, and we have long seen the outcome of that decision.

I also don’t expect the people at Sony not to react to this decision of Microsoft. Do you think we’ll see each console priced at $300 before Christmas? Let us know what you think.