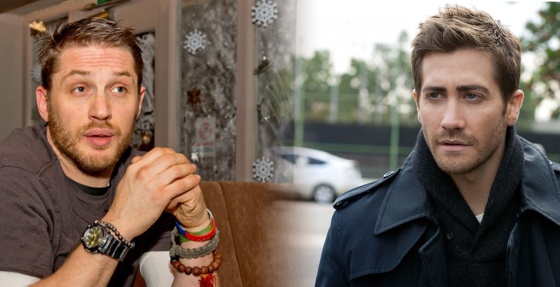 Only a little over a month after the casting announcement for David Ayer’s Suicide Squad, Tom Hardy has dropped out of his role as Rick Flag. Hardy made the decision to leave the film due to a conflicting schedule with another project he is working on. Thereafter, Jake Gyllenhaal was reported to be in talks for the role, but news comes today that he has also passed on the role. Learn more after the jump.

Why this conflict of scheduling comes as a surprise to Warner Bros. and everyone else involved is beyond me, but the film in question that is in conflicts with Suicide Squad is, Birdman director, Alejandro González Iñárritu’s latest feature The Revenant. The film is currently in production now, with Tom Hardy starring opposite Leonardo DiCaprio. Hardy will also be busy promoting his upcoming summer blockbuster Mad Max: Fury Road – in theaters May 15 – which will eat up even more of his time. While it may seem odd for the “Bane” actor to exit a highly anticipated film based on a DC Comics property, it is hardly a bad career move when considering his other commitments.

And then we have Jake Gyllenhaal. While he is a decidedly different choice from Hardy, sources have told Variety that the Nightcrawler has passed on the role. With principal photography set to begin in mid-April through September, Warner Bros. is going to have to scramble fairly quickly in order to fulfill the Suicide Squad’s leading man.

For those unfamiliar with the Suicide Squad comics, the story centers around a group of former villains who are given a second chance by a government organization to atone for past crimes they’ve committed. If they perform their duties admirably, their prison sentences will be lowered. The problem is, they are tasked with orders with the most impossible odds.