Life has found a way for Jeff Goldblum to reprise his role as Dr. Ian Malcolm in ‘Jurassic World 2’ END_OF_DOCUMENT_TOKEN_TO_BE_REPLACED

Moving on from spies and the Cold War, Steven Spielberg is embarking on a more mystical journey filled with larger than life characters. Based on the children’s book written by Roald Dahl of the same name, the first teaser trailer for The BFG finds our young, precocious Sophie (Ruby Barnhill) getting into more trouble than her curiosity expected.

Back when I was a young lad, I couldn’t get enough of Roald Dahl’s literary works, particularly Willy Wonka and the Chocolate Factory and James and the Giant Peach. However, I can’t recall ever reading The BFG. Jack and the Beanstalk and other variations of this story have never really fancied my interest. I think it’s because the use of giants in fiction have never really had any strong thematical impact on my life. I can’t really say at this point whether The BFG is going to be a good film based on this short tease, but the effects look far and away better than Jack the Giant Slayer.

If you’re curious, The Big Friendly Giant was adapted as a full-length animated feature in 1989, and you can watch the entire thing on YouTube.

Here’s the official plot synopsis for The BFG, courtesy of Walt Disney Studios:

Disney’s “The BFG” tells the imaginative story of a young girl and the Giant who introduces her to the wonders and perils of Giant Country. The BFG, while a giant himself, is a Big Friendly Giant and nothing like the other inhabitants of Giant Country. Standing 24-feet tall with enormous ears and a keen sense of smell, he is endearingly dim-witted and keeps to himself for the most part. Giants like Bloodbottler and Fleshlumpeater on the other hand, are twice as big and at least twice as scary and have been known to eat humans, while the BFG prefers Snozzcumber and Frobscottle. Upon her arrival in Giant Country, Sophie, a precocious 10-year-old girl from London, is initially frightened of the mysterious giant who has brought her to his cave, but soon comes to realize that the BFG is actually quite gentle and charming, and, having never met a giant before, has many questions. The BFG brings Sophie to Dream Country where he collects dreams and sends them to children, teaching her all about the magic and mystery of dreams. Having both been on their own in the world up until now, their affection for one another quickly grows, but Sophie’s presence in Giant Country has attracted the unwanted attention of the other giants, who have become increasingly more bothersome. Sophie and the BFG soon depart for London to see the Queen and warn her of the precarious giant situation, but they must first convince the Queen and her maid, Mary, that giants do indeed exist. Together, they come up with a plan to get rid of the giants once and for all.

With the summer moving in hot, Universal Pictures has unleashed one final Jurassic World trailer that leaves nothing to chance. The last trailer that debuted during the Super Bowl earlier this year gave us a further taste of the spectacle of what’s to come, whereas the first trailer focused more on the nostalgia of the franchise. What I’m seeing in the final Jurassic World trailer is conventional summer blockbuster advertising.

It isn’t enough to prey on those who adore this beloved franchise, the marketing team needs to ensure folks that there will be action, guns, death, and sexual innuendo to appease popcorn audiences. The end result leaves little to the imagination, revealing the new Indominous Rex terrorizing our puny human character who deliver as much exposition as possible in the short two and a half minutes to sell the film.

I’m still hopeful that there is more to Jurassic World than meets the eye, but I wish they hadn’t chosen to include this much eye candy in this trailer. I see Chris Pratt’s character taking on the task and ideology of both Ian Malcolm and Alan Grant. While Bryce Dallas Howard takes on more of the business side of John Hammond’s character, with boobs, who will learn the precious meaning of life and humanity.

There are still a few secrets to the story that haven’t been hinted at, such as who is Vincent D’Onofrio’s character and what is is involvement in all of this and what’s the relationship between the kids and the rest of the story? As long as everything fits organically within the movie I’ll leave happier than when I go in to see it.

(Click on the thumbnails below to begin the screenshot gallery)

Steven Spielberg returns to executive produce the long-awaited next installment of his groundbreaking Jurassic Park series, Jurassic World. Colin Trevorrow directs the epic action-adventure based on characters created by Michael Crichton. The screenplay is by Rick Jaffa & Amanda Silver and Trevorrow & Derek Connolly, and the story is by Rick Jaffa & Amanda Silver. Frank Marshall and Patrick Crowley join the team as producers.

We knew this new Super Bowl spot for Jurassic World was coming, but we couldn’t have expected it would be filled with so many dinosaurs. And from what we can tell, the special effects team has been working really hard since the first trailer debuted back in November. Check out Chris Pratt taming velociraptors and the new big bad Rex after the break. END_OF_DOCUMENT_TOKEN_TO_BE_REPLACED

One of the most anticipated films of this year is Jurassic World. Now the franchise is making its way back to the big screen after 22 years, and a new trailer is set to premiere during Super Bowl XLIX. Even more exciting news, the date for the next trailer for Avengers: Age of Ultron has also been announced. Hit the jump to learn more. END_OF_DOCUMENT_TOKEN_TO_BE_REPLACED

Hold on to your butts! Black Friday for Universal Pictures is gifting the world the first trailer for Jurassic World two days earlier than expected. Sparing no expense, the newest entry into the Jurassic Park series has put some folks into a tizzy based on the film’s heavy use of CGI dinosaurs. Are they right? Watch the trailer after the break to see for yourself. END_OF_DOCUMENT_TOKEN_TO_BE_REPLACED

Universal Pictures gave audiences their first look at Jurassic World today, teasing the first official trailer which will debut on Thanksgiving. A simple tune of eight notes played on the piano in this teaser will be recognized by most cinephiles and may strike up a fit of nostalgia. You’ll also catch a glimpse of leading man Chris Pratt. Check out the short preview after the jump. END_OF_DOCUMENT_TOKEN_TO_BE_REPLACED 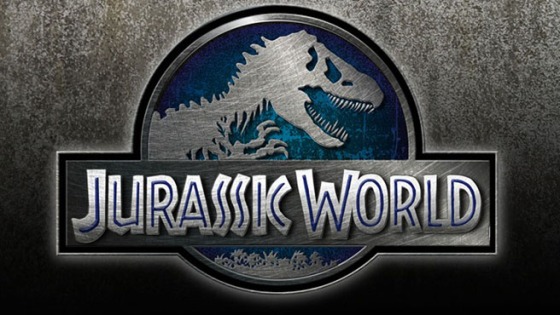 Director Colin Trevorrow celebrated the first day of Autumn with a special photo that could hint at some exciting events to come in Jurassic World. A sequel to the original Jurassic Park films, Jurassic World and takes place 22 years after the events of the first movie, which makes this photo from Trevorrow all the more magical. Check out what exactly was teased after the jump. END_OF_DOCUMENT_TOKEN_TO_BE_REPLACED

It may have come 10 years late, but Men In Black 3 has finally arrived. Some of the props seen at Comic-Con this year can be seen in the first official trailer that was released this week. It looks like the same old shtick, but I like that we are finding more about the past of the MIB agency. END_OF_DOCUMENT_TOKEN_TO_BE_REPLACED