The Netflix Streaming Report for January 7, 2016 includes new titles such as New Girl, We Need to Talk About Kevin, It’s Always Sunny, and more. END_OF_DOCUMENT_TOKEN_TO_BE_REPLACED

Brace your bank accounts, it’s time to see what’s Now Available to Own for the week of January 5, 2016. Every Tuesday we run down new movie and television releases that you can enjoy in the comfort of your own home, as well as some slick deals that can help save you some coin. New on shelves this week are The Walk, Sicario, The Visit, Deathgasm, and more.

Sicario (Denis Villeneuve) Rated R [121 min] – An idealistic FBI agent is enlisted by an elected government task force to aid in the escalating war against drugs at the border area between the U.S. and Mexico. Starring Emily Blunt, Josh Brolin, Benicio Del Toro, and Jon Bernthal

If you like tense, edge of your seat dramas that leave you in suspense up until the bitter end, Sicario will be your cup of tea. Emily Blunt puts out a wonderful performance alongside a stellar supporting casting, especially Benicio Del Toro who absolutely shines.

Sadly, The Walk is one of the most under seen movies of 2015. The most depressing part about the film isn’t that it’s a dramatization of the thrilling documentary Man on Wire, what’s upsetting is that The Walk is actually a really fun movie that is riveting experience when seen on the big screen. There is some incredible cheese and terrible narration, but overall this movie is one of the most intense things I witnessed in theaters last year. My armpits were dripping with anxiety throughout the last 30 minutes of the film.

M. Night (Signs; The Sixth Sense; The Village; Unbreakable) has not had the best track record after the handful of successes he garnered early on in his career. After a slew of flops, including 2013’s abomination After Earth, the once revered master of twists shows he still has that delicious flare we know and love. The Visit doesn’t have the best characters to fall in love with, but the pacing, direction, and level of mystery delivers a fairly rewarding end. And amazingly, if he continues doing work at this caliber, I am highly intrigued at what he can accomplish next.

The Green Inferno (Eli Roth) Rated R [100 min] – A group of student activists travels to the Amazon to save the rain forest and soon discover that they are not alone, and that no good deed goes unpunished. Starring Lorenza Izzo, Ariel Levy, Aaron Burns, and Kirby Bliss Blanton

Not since 2007’s Hostel II have I really seen anything to jump for joy about when it comes to Eli Roth’s work. And after delays and mixed reviews, I wasn’t so sure I’d walk away from The Green Inferno in any better shape. Surprisingly, I was pleasantly enlightened by its cheeky story. And despite having heard how vicious and disgusting it is, The Green Inferno is pretty tame considering it’s a film about cannibalism.

Scouts Guide to the Zombie Apocalypse (Christopher Landon) Rated R [93 min] – Three scouts, on the eve of their last camp-out, discover the true meaning of friendship when they attempt to save their town from a zombie outbreak. Starring Tye Sheridan, Logan Miller, Joey Morgan, and Sarah Dumont

Originally entitled Scouts vs. Zombies, a more suitable and grammatically correct title, Scouts Guide, in its truest form, is the stoner comedy answer to the rise in popularity of the undead. Not without its lewd and somewhat refreshing zombie set pieces, the movie fails to deliver characters and a story that matters. Scouts Guide is what would happen if the tripod from Superbad encountered the zombie apocalypse. It’s not revolutionary on any level, but it does have a few gags that are worth fast forwarding to get to.

After its big premiere at South by Southwest, Deathgasm has been on my must watch list for quite some time. So does it live up to the hype? Kinda. The movie is really fun and full of hilarious references to the metal scene, and even if you’re not a metalhead, the movie goes a long way to entertain and fully engage you in the rambunctious anarchy. The only downside is that its convenient ending makes the movie feel a bit rushed.

Not having any previous awareness to famed psychologist Stanley Milgram, I didn’t quite know what to expect going into Experimenter, only that the cast is exceptional. That being said, the movie is pretty cut and dry aside from a narrative breaking of the fourth wall by Sarsgaard. The movie tells and never shows. The main social experiment is rather fascinating, and its subjects bring up a lot of concerning and existential conversations. However, there’s nothing too exhilarating about Experimenter to capture and engage like it should with how important Milgram’s findings were.

Both Kung Fu Panda films have been re-released with extra bonus content in celebration of the upcoming release of Kung Fu Panda 3. While I enjoy both films, the new extra features are fun for the kids, but don’t bring anything really new to those looking for a deeper exploration of the making of the film.

Sleeping with Other People (Leslye Headland) Rated R [95 min] – A good-natured womanizer and a serial cheater form a platonic relationship that helps reform them in ways, while a mutual attraction sets in. Starring Jason Sudeikis, Alison Brie, Jordan Carlos, and Margarita Levieva

This may be the first time I’ve found Jason Sudeikis mildly tolerable. That may lie solely on the fact that Alison Brie brings out the best in people. Sleeping with Other People isn’t your traditional FWB romcom, but rather a relationship story based on friendship and support. Crazy concept, I know. It works up until the very end where things start to fall apart. It has some good laughs and witty dialogue, but not revolutionary to the romcom game.

Captive (Jerry Jameson) Rated PG-13 [97 min] – A single mother struggling with drug addiction is taken hostage in her own apartment by a man on the run after breaking out of jail and murdering the judge assigned to his case. Starring Kate Mara, David Oyelowo, Mimi Rogers, and Michael Kenneth Williams

Not much can be said about the rather mediocre Captive. While the performances by Mara and Oyelowo maintain a professional level of commitment with the utmost conviction, the film is rather repetitive, beating the main story beats and themes over the head too often. And by the end, the miles Captive puts in to build to some meaningful, big finale doesn’t come close to the oomph it is hoping for because the damage has already been done.

I hadn’t had the inclination to check out Broad City, but after the opportunity presented itself, and figuring how well received the series has been, I thought I’d check it out. The show definitely lives up to the hype. Abbi Jacobson and Ilana Glazer absolutely crush it. The lives of their characters are hilariously resonating while at the same time utterly fantastical. Season 2 is a big step forward as their characters progress to even further heights and their morals even lower. This show is hilarious and suggest everyone gets on it.

Image: Fighting in the War Room

While we provide you with a list of available new releases Now Available to Own every Tuesday, Coming Soon to Blu-ray and DVD looks at all of the recent home video announcements. For the week of October 31, 2015 we have the Sinister 2, It’s Always Sunny in Philadelphia Season 10, The Man from U.N.C.L.E. Season 2, and more. Find out when they’ll be out and what special features movie fans can expect below.

Open Season: Scared Silly (David Feiss) Unrated [80 min] – When a case of mistaken identity leads both humans and animals to believe there is a monstrous werewolf on the prowl in Timberline National Forest, former hunter Shaw seizes on the opportunity to re-open open season. With Shaw on the loose and all the animals at risk, it’s now up to Boog, Elliot, and Mr. Weenie to face their fears, track down the elusive werewolf, and get open season closed permanently. Starring Donny Lucas, Will Townsend, Trevor Devall, Kathleen Barr, Garry Chalk, and Melissa Sturm

Battle for Skyark (Simon Hung) Rated PG-13 [88 min] – On a dangerous future Earth filled with monsters, an orphan tries to escape back to SkyArk, a man-made city in the sky, but he soon learns that he has a much greater purpose. Starring Caon Mortenson, Garrett Coffey, and Taylor Coliee

Mercury Plains (Charles Burmeister) Rated R [102 min] – A troubled man runs away to Mexico and is recruited to join a paramilitary group of teens fighting the drug cartels. He proves himself to the group, but questions their motive. Starring Scott Eastwood, Angela Sarafyan, and Nick Chinlund

Tiger House (Thomas Daley) Rated R [80 min] – Kelly sneaks into her boyfriend’s house but tonight, she’s not the only unwelcome visitor. As the situation spirals out of control, the suburban house becomes a terrifying arena for violence. Starring Kaya Scodelario, Dougray Scott, and Ed Skrein

A Horse Tale (Brad Keller) Rated G – Uptight city accountant Michael Thompson is hired to help a family save their stable before the bank shuts them down. Michael reluctantly agrees, but as he searches for ways to save a family’s legacy, he finds something he never expected. Starring Charisma Carpenter, Patrick Muldoon, and Dominique Swain

And that’s it for this week. What are you looking forward to picking up when they release?

Stay tuned for more Blu-Ray and DVD announcements every Saturday. 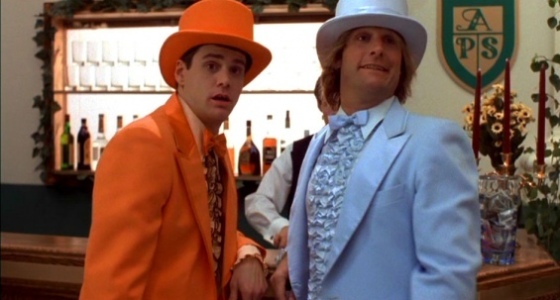 Welcome to your Netflix Streaming Report for November 6, 2014. After the long week you deserve a relaxing staycation with a bowl of popcorn, a bucket of ice cream, and only your Netflix queue to judge you. This past week, Netflix Watch Instant has been kind enough to supply us with Stretch, The Rocketeer, It’s Always Sunny (Season 9), Dumb and Dumber, and more, which you’ll find after the break. END_OF_DOCUMENT_TOKEN_TO_BE_REPLACED

Prepare your bank accounts, it’s time to see what’s Now Available to Own for the week of September 2, 2014. Each week we run down new releases in movies, television series, and video games that you can enjoy in the comfort of your own home. On shelves this week, you can find titles such as Draft Day, Person of Interest, New Girl, The Sims 4, and more. Check out the complete list of new releases after the jump. END_OF_DOCUMENT_TOKEN_TO_BE_REPLACED

Empty your wallets and check your bank accounts, it’s time to see what’s Now Available To Own for the week of September 3, 2013. Each week we run down new releases in movies, television series, and video games that you can enjoy in the comfort of your own home. On shelves this week, you can find titles such as From Up On Poppy Hill, Now You See Me, The Vampire Diaries Season 4, It’s Always Sunny in Philadelphia Season 8, and Rayman Legends. Check out the complete list of new releases after the jump. END_OF_DOCUMENT_TOKEN_TO_BE_REPLACED 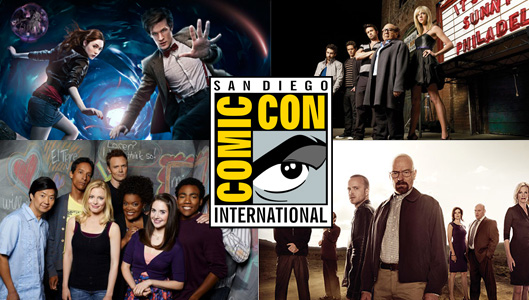 On the last day of Comic-Con 2013, Sunday, July 21, it’s all about television. Celebrate the 50th anniversary of Doctor Who, catch up with the stars of Community on their big win to a 5th season, and hear from the stars of Breaking Bad before their final eight episodes. Other panel highlights include Son of Anarchy, Harry Potter, Under the Dome, It’s Always Sunny in Philadelphia, and more. The storm is calming down, but not without a good show. Check out the full schedule of panels for the final day of SDCC after the jump. END_OF_DOCUMENT_TOKEN_TO_BE_REPLACED