The three-time Oscar-winning actor, Daniel Day-Lewis, has made an official statement wherein he has announced his retirement from acting END_OF_DOCUMENT_TOKEN_TO_BE_REPLACED

Legendary superstar David Bowie has passed away after an long 18-month fight against cancer. We remember him for his incredible work and legacy. END_OF_DOCUMENT_TOKEN_TO_BE_REPLACED

Gentler than his iconic horror villain counterpart Leatherface in Tobe Hooper’s 1974 original The Texas Chain Saw Massacre, actor Gunner Hansen passed away Saturday evening after a battle with pancreatic cancer. Confirmation was made earlier this morning by Gunner’s agent, Mike Eisenstadt. Hansen was at his home in Northeast Harbor, Main at the time of his death.

Born in 1946 in Reykjavík, Iceland, Hansen moved to the United States at the age of five to Maine. At age 11, his family would settle in Texas. A University of Texas graduate, Hansen would meet director Tobe Hooper upon earning his Masters degree in Scandinavian Studies and English. As they would say, the rest is history.

Aside from acting, Hansen had a career as a writer and editor after The Texas Chain Saw Massacre’s initial release. It wasn’t until 1988 when he would regain his itch for acting where he would go on to star in over 20 films, mainly consisting of low-budget horror titles such as Hollywood Chainsaw Hookers, Mosquito, and Swarm of the Snakehead. In 2013, Hansen published a book entitled, “Chainsaw Confidential,” an overview of his work on The Texas Chain Saw Massacre wherein he revealed his salary for the film was only $400.

It wasn’t until after I watched 2003’s remake, The Texas Chainsaw Massacre, that I came became enamored in the franchise and fell in love with Tobe Hooper’s classic. It will go down as one of my all-time favorite movies.

Eisenstadt also stated that Hansen’s original screenplay, Death House, will be moving into production next year in Hansen’s memory. The film is centered around a secret government facility that becomes ground zero for a terrifying prison break.

Gunner Hansen was 68 when he died.

Chris Hemsworth is getting all sorts of wet and wild this year in theaters. The Aussie born megastar will appear in three leading roles in just the first half of the year alone – Blackhat, In the Heart of the Sea, and Avengers: Age of Ultron. In support of his new movie, Thor himself made a special appearance on The Tonight Show, where per usual Jimmy Fallon tested his guest to a little game. This time it was a unique spin on a wet T-shirt contest. Watch the video after the break. END_OF_DOCUMENT_TOKEN_TO_BE_REPLACED

Aside from absolutely dominating the Internet this summer by rolling out eight hilarious music videos that led to his first ever #1 Album on Billboard’s Top 200 Chart, Weird Al Yankovic absolutely crushed it at last nights 66th Primetime Emmy Awards. Adding his own lyrics to the theme songs of Mad Men, Scandal, Homeland, Modern Family, and Game of Thrones, Weird Al proved he’s still the master of parody. END_OF_DOCUMENT_TOKEN_TO_BE_REPLACED 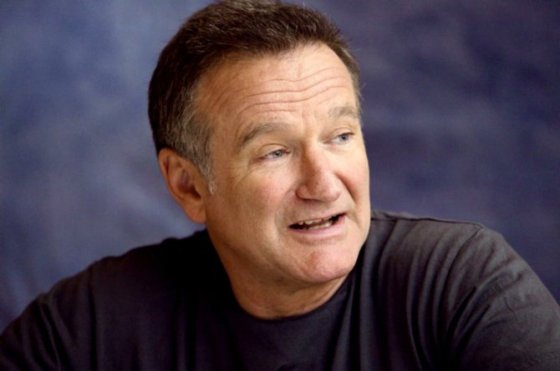 According to multiple reports, and the Marin County Sheriff, Robin Williams was found dead today in his Tiburon home today. Investigators are still confirming the cause of death, but the coroner states in a press release issued from the sheriff’s office that Robin Williams has passed due to “suicide due to asphyxia.” Robin Williams passed at the age of 63. END_OF_DOCUMENT_TOKEN_TO_BE_REPLACED

Suffice it to say that Comic-Con has turned into a long weekend for celebrities to invade San Diego. Among the lines and the chaos, you might find some Hollywood types shmoozing and boozing between panels. But if you are not able to attend fancy invite-only parties, the best chance anyone has to run into a celeb is by catching them on the showroom floor, become a member of the press, or by lucky happenstance. Check out who we bumped elbows with over the weekend, you might recognize a few. END_OF_DOCUMENT_TOKEN_TO_BE_REPLACED

This following week marks the 5th Annual Comic-Con takeover from Zachary Levi’s Nerd HQ, once again invading PETCO Park with free events, interactive booths, meet and greets, panels, and more. Today, The Nerd Machine released the first round of tickets for their “Conversations for a Cause” benefitting Operation Smile. These conversations include the likes of Joss Whedon, Alan Nathan Fillion, The Walking Dead cast, and many more. Check out the entire schedule and find out how you can buy tickets after the break.  END_OF_DOCUMENT_TOKEN_TO_BE_REPLACED

Her Universe will be taking over San Diego Comic-Con with a one of a kind fashion show event. For one night, Thursday, July 25, geeks will rule the runway with a special after party performance by All Time Low, hosted by Hot Topic. Check out all the details on how you can attend after the break. END_OF_DOCUMENT_TOKEN_TO_BE_REPLACED 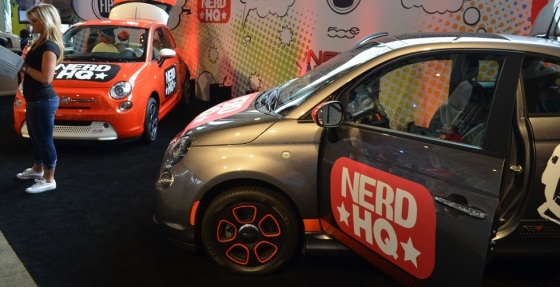 Zachery Levi and his brainchild, The Nerd Machine, will be returning to Comic-Con 2014 with his 5th Annual Nerd HQ. From July 24 through July 27, Nerd HQ is once again taking over PETCO Park. This four day event will allow fans to hangout with fellow nerds and geeks alike while providing opportunities to meet their favorite stars in “Conversations for a Cause,” benefiting Operation Smile. Check out what’s new this year at Nerd HQ after the break.  END_OF_DOCUMENT_TOKEN_TO_BE_REPLACED